6 Facts You Didn’t Know About Magento

Magento was developed in 2007, released in 2008, and is among the most popular eCommerce platforms in the world — there’s three bonus Magento facts for you, right out the gate.

Jokes aside, we’ve made it clear that at CreativeMinds we’re big fans of Magento, and after working with the platform for years, we’ve understandably become very familiar with it.

Still, every now and then we try to do some digging behind the platforms we work with to better understand the history and people that brought them to us. We always stumble across some interesting insights that surprise even us, like when we looked at WordPress earlier this year.

Now it’s Magento’s turn to step into the spotlight, so without further delay, here’s 6 interesting facts about Magento you probably didn’t know.

1. The Story Behind their Name

Believe it or not, there’s some mystery behind the origin of Magento’s name, making it the first of our Magento facts.

Back during development in 2007, the platform was called Bento and held the name through its first open beta of that same year. But legal conflicts soon arose over the name, and Bento became Magento.

The logo for Magento was colored Magenta, which led to some beliefs that it was the inspiration for the new name. But really, it was because the developers behind Magento thought Mages (the spellcasters from fantasy roleplaying games) were cool.

Simply enough, they changed the ‘Ben’ in Bento to ‘Mage’, thus forming Magento. It may sound like a thoughtless naming choice, but when you consider the incredible functionality of Magento and the revolutionary effect it has on Ecommerce, naming the platform after magic is kind of appropriate.

2. Magento runs its own Yearly Convention

Magento has enjoyed an active and enthusiastic community, and celebrates them yearly with the annual “Imagine Ecommerce” convention.

Attendees to the convention are a mix of Magento developers, merchants, and partners who all meet to hear the latest news regarding the platform’s evolution.

Purchase any number of hours of consulting or planning services and receive help from a Magento Certified Expert. This can cover designing a solution, code review, migration questions and more.

The first event was held in Los Angeles back in 2011, and drew in an attendance of over 600 people. It has only grown ever since.

3. Magento has Traded Hands a Few Times (and is about to again)

One of the more interesting Magento facts surrounds its repeatedly changing ownership.

Magento’s premier developer, Roy Rubin, started the company Varien which created the earliest versions of Magento. Since then, Magento has been bought and sold (and at a profit) multiple times over.

Here’s a breakdown of the Timeline:

As Magento grew and became Varien’s premier product, eBay took an interest and bought a 49% stake in the company. This was in 2010. One year later in 2011, eBay went ahead and acquired the rest of the company for over $180 million dollars.

eBay managed Magento for a few more years, placing the content management system under their eBay enterprise branch. Then in 2015, eBay sold that branch to multiple buyers for $925 million, with Magento being acquired by Permira.

Recently, it has been reported that this year Permira will be selling Magento to Adobe Systems Inc. for $1.68 billion. With this purchase Adobe plans to link Magento’s Commerce cloud to Adobe’s Experience Cloud. The intention is to unify the two into a single versatile platform that’s oriented toward both B2B and B2C customers.

Looking back, the value of Magento has risen incredibly, going from $180 million to $1.68 billion in 8 short years. With the platform’s roaring popularity and incoming plans for greater expansion, you can expect its value to keep on rising.

4. Magento Stretches around the World

Magento is so popular, that the word “Magento” has been searched on Google even more than the word “Ecommerce”.

But this isn’t too surprising when considering how widely recognized Magento is, with users and developers located across the world. A good benchmark for this is the Magento certified developer program, which has accredited Magento developers from 73 different nations. Though note, of the 73 countries where developers are listed, only 11 of those have more than 100 certified developers.

To date, there are over 3,800 certified developers listed in Magento’s directory and that number is always rising. Not to mention there are also many more uncertified Magento contributors working with the platform to think of as well.

When it comes to Magento users, most are located within the United States which has over 100,000 users. The United Kingdom and the Netherlands place second and third with their users numbering in the 16,000s and 14,000s respectively.

Purchase any number of hours of support services or a-la-carte service for your Magento store and receive help from a Magento Certified Developer. This can cover extension installations, components adjustments, or module development.

5. Most Magento Websites have Security Problems

Of all the Magento facts we’ve listed, this one is certainly the most concerning (making it a great one to end on, right?).

Ensuring good website security is one of the most important things any online businesses needs to do. Or when looking at the statistics, most people feel securing their website is something they ‘should’ do but haven’t quite gotten around to it yet—or simply don’t know how.

According to astra security, 62% of Magento webstores have at least one ongoing security issue. Anything from running outdated versions, to missing security patches, having an unhidden administrator page, and other generally unsafe website practices.

The data also shows that 85% of eCommerce websites that have their security breached operate on Magento. Of course, with Magento being an overwhelmingly popular Ecommerce platform, it makes sense that most compromised webstores are running on it. After all, most security breaches occur because of avoidable weaknesses in website security and general user error, rather than being the fault of Magento itself.

For any Magento users with security concerns, or those who want to ensure their store is operating smoothly, check out our Magento maintenance packages.

Among these packages are Magento website maintenance, performance optimization, extension installation, and complete security audits. Our teams are standing by to help with whatever a webstore may need to enhance its Ecommerce. 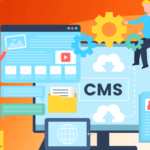 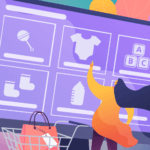 5 Major eCommerce Trends to Watch in 2022 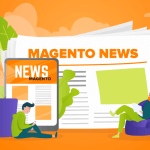 Magento in 2021: Latest News and Updates from the eCommerce Giant 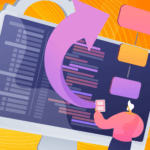 How to Speed Up Magento: Non-Developers Guide to Improving Magento Site Speed 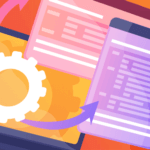 How to Make Your Magento Site Mobile Friendly + Responsive 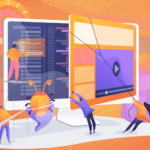 What Does a Magento Developer Do Anyway? 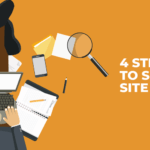 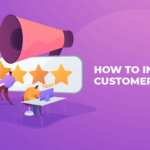