WordPress Development Rates Around the World 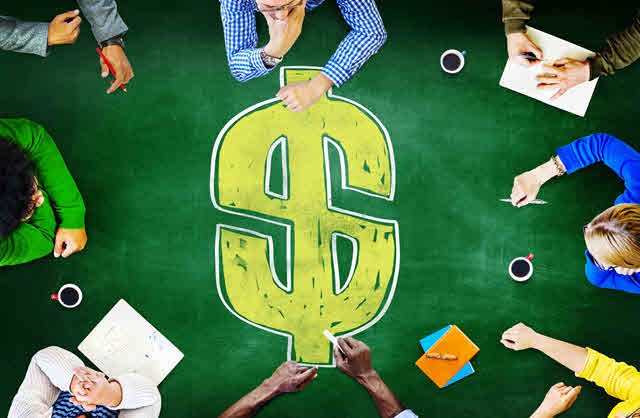 If you’re a WordPress developer, you probably hear this question on a regular basis. “It depends” just doesn’t seem to satisfy people’s curiosity these days, so WordPress developers are required to come up with an answer that will give people a general idea.

Problem is, there really is no definite answer. In fact, according to a survey undertaken by WordPress in 2011, development prices around the world vary from $5 to $2000 per hour. So after last week’s overview on things to consider when quoting a new wordpress project, this week we decided to explore some resources to find out the real numbers of WordPress development prices, and the things that affect them.

Anyone who ever attempted to hire a web developer knows there’s a huge difference between hiring a freelancer and hiring an agency. The latter, being generally larger and more stable in the long run, will be able to provide a variety of ongoing services for many types of professional needs, such as periodical website maintenance, plugin updates, feature additions, content marketing and SEO.

While freelancers may also be able to provide some of these services, each within their own speciality, it is not uncommon for a freelancer to all of a sudden change direction in life, leaving his clients to rough it on their own. On top of that, agencies obviously have larger overhead and office expense. For these particular reasons, agencies who can commit for a long term relationship and ongoing service often charge more.

Brian Krogsgard has given a good overview of things to ask yourself before giving your price estimation in his article on post status. However, the prices he listed as “standard WordPress development prices” seem astronomical when compared with other resources we found on our research.

Clearly, as Brian himself stated, these are prices for the American audience. According to him, freelancer rates range from $25-40 for beginner developers, $40-125 for intermediate developers, and up to $400 for specialists which are best in their industry.

Agency rates, according to Krogsgard, start at $50 per hour- twice the rate of a freelance beginner, but as the company size and reputation increases, the price goes down in comparison to expert freelancers, with $275 being reported as the highest agency rate per hour. On average, that’s $125 per hour for a freelance developer, or $155 for an agency.

In the UK prices aren’t much different, with agency developers earning about 650GBP daily, according to Martin Dower from Connected UK. On the same breath, Dower also claims that UK development prices are falling, and that agencies in the periphery are earning 30% less than their colleagues in the greater London district.
People often complain that rates like that are often unjustified and take advantage of customers who just want their business to show on the internet. It is no wonder then that many companies choose to work with freelancers from countries like India, the philippines, Romania and Serbia, where prices are far lower. This brings us to our next point of comparison.

A 2011 survey was carried out by WordPress, who attempted to determine, among other things, how many people actually make a living out of WordPress development, and how much do they earn.

Listen to Matt Mullenweg’s inspiring lecture in this video, where he outlines some of the questions that were asked in the survey, or move straight down to read the survey conclusions on pricing.

The 18,000 survey respondents reported being paid between $5 – $2000 per hour. While this is a ridiculously huge difference, the average hourly rate stood on $58, beginners and experts altogether. That’s nearly half of Krogsgard’s americanized rates, and we haven’t even mentioned minimum rates just yet.

Unfortunately, there is no logical explanation to such vast differences, when clearly they are not derived from the level of expertise, nor from the tools being used or the services provided. The difference in pricing in this case is merely cultural: Americans charge (and pay) more because they can, and would often prefer to pay more just for the sake of having someone else worry about it. Indians, Serbians and Romanians provide a cheaper alternative for those who wish to pay less, and are willing to bridge cultural gaps to achieve their goal.

Those who choose to go with offshore developers should bear in mind that working with people from other cultures often involves miscommunications, which slows down the process so that eventually, the difference in pricing may not be that significant after all.
When asked what hourly rate one should pay to offshore developers Jinesh Parekh from India listed the following prices: $13-20 for beginner developers, $20-35 for average or intermediate developers, and $35-75 for developers who are above average.

According to him, the first 2 options will not be able to provide a good solution, so his advice is that if you’re hiring developers from abroad to cut down the costs, choose the best ones in that country. This way you will get good quality work done for a lower price, with developers who will most likely be able to communicate with you at a reasonable level of English.

Our Survey on Online Freelancing Marketplaces

The growing popularity of websites like Elance, Upwork (formerly Odesk) and Fiverr teaches us some important lessons about consumer behaviour in general and more particularly in the web industry. We wanted to see how geographical location is reflected in online freelancing platforms. We checked the hourly rates of 60 intermediate level WordPress contractors from around the world using upwork.com, all with a similar (self reported) level of experience. Here’s what we found:

Surprisingly, the geographical differences in pricing on Upwork aren’t as big as what we outlined so far. In fact, average rates in North America, Western Europe and Australia altogether stood on only $34.8, which is $20 less then the average international WordPress development rate, and less than the average intermediate freelancers charge in the US!
Average rates in East Asia, South America and Eastern Europe for intermediate developers stood on $19.53- nearly a third of the average international rate. This brings us to our next question:

How Come Development Jobs on Online Freelancing Platforms Are So Much Cheaper?

Our primary assumption is that freelancers consider communicating with customers as highly time consuming, and in some cases even as a burden. Therefore, many of the freelancers working remotely on freelancing platforms prefer to charge less and work independently without the customer interfering with their work. They can also cut down on office and transportation expenses, so they can afford to work for lower rates.

An interesting survey by Stackoverflow has examined the concept of remote work and found that in 2015, 29% of developers reported they work remotely, and nearly half of them stated they found remote work to be extremely important and non-negotiable when it comes to job hunting.

Pricing is one of those things that rely on so many different variables, half of which most developers aren’t even aware of when giving their quote. These include competition within the local market, changes made by industry leaders, consumer habits and unemployment rate.

The occasional releases of easy to use Out-of-the-box solutions also threaten the prestige of web development as a profession, though so far none of these solutions have been satisfying or equal in quality to what professional development can achieve.

To cut things short, it is truly impossible to determine a one-size-fits-all pricing solution for WordPress development. However, depending on your skill set, cultural orientation and expenses, you can come up with a fair price that makes you feel satisfied and doesn’t overkill your customer’s budget.

Use this awesome calculator by finder.com to help you determine your hourly price and stick to it until you feel worthy of a raise.
Good Luck!

Upgrade your WordPress site with any of CM 90+ WordPress plugins and upcoming modules. Offer includes unlimited updates and expert support.