NLPis a form of AI that allows computers to understand natural human language. Or at least, that’s the idea.

From what the name implies, this sounds like we’re about to bring robots like Hal 9000 or The Terminator into reality. But realistically, what we should expect are slightly stronger performances from A.I. powered devices, like Amazon’s Alexa or Google’s Assistant.

These devices might not be so glamorous as the ‘living’ computers you see in movies which show personality and rival human speech, but they do mark the spread of a new and impactful technological trend. Just look at the rising number of households with personal assistant devices and you’ll see how A.I. and NLP are already rampant in the world today. They’re just not as fantastical as many might expect… yet.

To understand what NLP can and will do, it’s important we first understand the applications, and limitations, of its current state.

You can get a free consultation to understand how Natural Language Processing and Data Science can help boost your business. Contact CreativeMinds Cminds.AI team today >>

A Closer Look at NLP Today

In the U.S., one-in-five adults currently have daily access to smart speaker devices that listen and respond to human voice commands, a clear-cut example of NLP at work.

But that’s hardly the extent of where we see the technology being applied. For example, NLP is used in:

In each of these processes, NLP draws on contextual patterns to accurately problem solve, all without the ability to follow the inflection of one’s voice or the mannerisms in which they speak. This is where the true value of modern NLP lies, and why so many companies are investing in its development.

The Budding Business Value of NLP

Just think of what it’s like when you type on a smartphone now, as opposed to a few years ago.

While before we only had access to autocorrect features, now as you type into your phone it will provide additional word suggestions that are based on what terms you’re typing at the moment, and what you’ve typed in the past. This is a breakthrough tool that wouldn’t have been possible without NLP, yet most smartphone users already take it for granted.

But in terms of business, the potential behind NLP’s contextual focus is more than well-appreciated. Many companies are applying NPS to help reveal patterns that supply them with huge competitive advantages. For example, if advertisers want to learn how to best reach customer audiences, NLP software can be applied to discover the terms their customers most commonly enter when searching online for relative products or services.

You can get a free consultation to understand how A.I. can help you. Boost your business with Natural Language Processing and Machine Learning Services!

And that’s just the tip of the iceberg. With this kind of business potential hiding behind NLP, it’s no wonder that people are raising their expectations so high. But it’s also important to remember that most A.I. initiatives end in failure, and when businesses get ahead of themselves things quickly become costly.

What’s Holding Up the Growth of NLP?

The goal of NLP is to make A.I. systems process data better than humans can, and we’re bringing it closer to that point day-by-day.

But as it stands, computers are not able to ‘think’ in the same way we do. Computers operate in mathematical formulas, while human thinking is more represented by unstructured data. In terms of human language, this means the words we speak never really have consistent one-for-one meaning.

Human languages operate in a way where the intention of a phrase often doesn’t mean the same thing as what was spoken. Just consider how the concept of sarcasm works.

This is because our speech doesn’t operate on words alone, but on the concepts surrounding the words as well. What was said previously, where it was said, how it was said—all these things impact the context of our words and create entirely different meanings.

For human language to be understood, both the words themselves, and the concepts connected to them must be taken into account.

Let’s take a basic example of NLP in action:

1. A person talks to a smart speaker, like the iPhone’s Siri

2. The iPhone captures the spoken audio

3. Captured audio is then converted into text form

4. NLP software analyzes this text to discover the most probable meaning of the speaker’s message

5. This data is converted into an audio response, which is played back to the original speaker

During this action, not only is the computer rapidly performing all five of these steps, but it also needs to somehow comprehend whether the spoken phrase was a question, or a demand, and the nuanced meaning behind easily misinterpreted words.

If you’ve ever used a smart speaker, then you’re also aware of how frequently these NLP tools make mistakes. But they are getting better with time.

Machine Learning to the Rescue

It goes without saying that the above isn’t a very easy thing to teach a computer to do.

This is why machine learning plays such a critical part in NLP, as we need to teach A.I. how to read text to derive the same results we would.

There is no easy way to get A.I. to suddenly interpret human behavior, but through careful programming, we are manually teaching A.I. step-by-step how to pull the correct meanings from the correct patterns of speech. The progress that’s been made in this area is massively impressive, but due to frustration with the hiccups of this emerging tech—and the popular media representations of imagined NLP machines—progress just might be a little slower than some were hoping.

What’s most important to remember is that NLP’s an advanced form of A.I., and that it only recently became viable. As more companies from around the world explore NLP, a stronger foundation is being created for the technology to grow.

The Future of NLP

NLP has come a very long way from its humble beginnings as a code-translating tool during World War II.

There’s no doubt we’ll continue to see better human-to-machine interactions across all A.I. devices, and NLP integrated into more aspects of our daily lives. From the smart assistants on the market today, to the autonomous cars of the near future, it’s no question that NLP will play a major part throughout the technologies leading us into tomorrow.

Here at CreativeMinds, we’re earnestly thrilled for what NLP has to offer, and are already preparing to make the most of the technology as it advances. Just remember, while NLP is exciting for all of us, there’s much ground to cover yet.

You can get a free consultation to understand how Natural Language Processing and Data Science can help boost your business. Contact CreativeMinds Cminds.AI team today >> 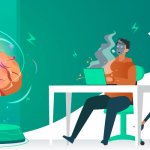 Why Most NLP Projects Fail and How to Prevent It 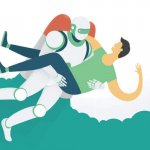 How Natural Language Processing Will Help Your Business Thrive 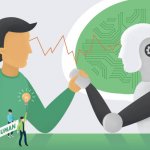 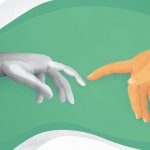 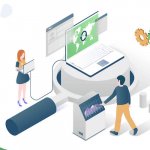