Astronomical! She Explains The Stars With A Glossary

What to do when you are a researcher and can’t find enough reliable resources in your language? Find out what one team of astronomers did.

A team of astronomers took the matter in their own hands and built an online directory of astronomical definitions using the Tooltip Glossary WordPress plugin.

Avivah Yamani is an astronomy communicator from Indonesia. Along with colleagues, she built an eLearning website in Indonesian in 2007, aiming to introduce the subject to a wider audience and raise science awareness.

The platform provides articles on astronomy, including the latest findings, basic science and infographics, as well as hands-on activities.

While working on it, they faced one linguistic challenge over and over: “As we wrote those articles we encountered many astronomical terminologies in English that needed translation, and not only a literal one. We have to explain the concept so it can be easy to understand by the public,” says Avivah.

The Challenge: No Unified Resource in Indonesia 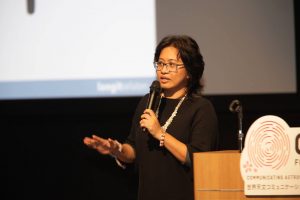 They noticed that, in Indonesia, websites and publications used and explained the same astronomical concepts multiple times, without a clear standard.

A way to concentrate all terms for the public and astronomy community was required.

“We had the idea to start a database of astronomical terminologies and develop an online glossary”.

They named it KamusAstro – Kamus means dictionary in Indonesia and Astro comes from astronomy. The audience is broad: from professional and amateur astronomers to teachers. 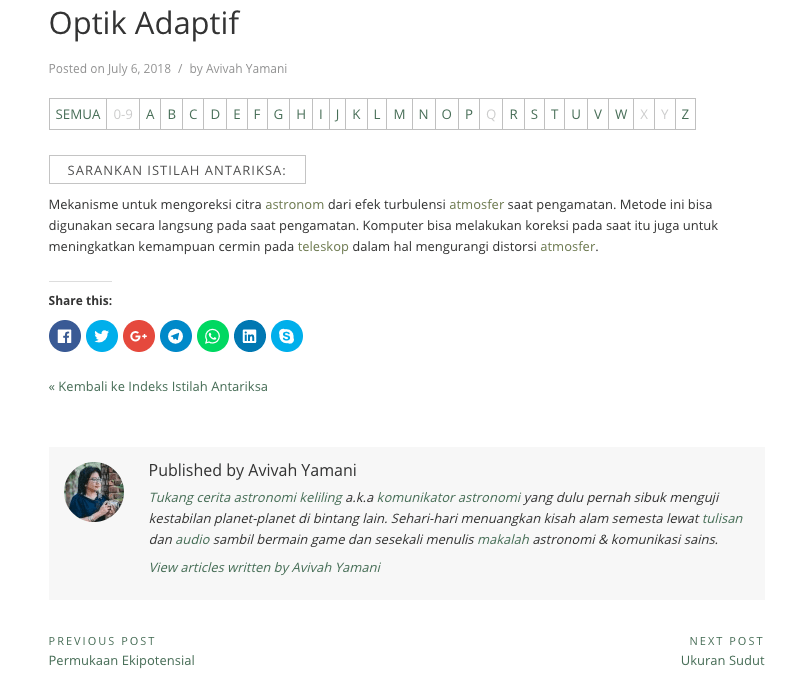 The core idea was simple: to have a persistent alphabetical index above the definition of the term. Pagination would be a great addition afterwards.

But during development they thought about other important features. Some examples: allowing users to contribute with suggestions, that would then be reviewed by the team.

“We also wanted search within the glossary, categories, and a display style which is simple, clean and minimalist,” she adds.

The project launched in 2010 as part of the main site, but soon had to be interrupted. At that time, they used another plugin that has since been discontinued and caused performance issues on the website. “We postponed the project and turned it into an offline database of terms to help us writing our articles”, she explains.

They reestablished the eLearning glossary in 2017 and started testing WordPress plugins.

Alphabetic Index made with Tooltip Glossary (CLICK TO ENLARGE) 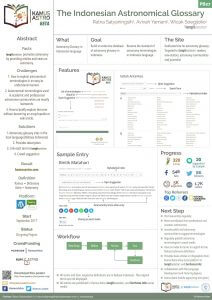 KamusAstro and Tooltip Glossary were showcased in the Communicating
Astronomy with the Public Conference, 2018 (CLICK TO ENLARGE)

Avivah says other plugins didn’t give them what they need. “We choose Tooltip Glossary by CreativeMinds because it covered all the features that we need now and also the ones we’ll need in the future.”

“Tooltip Glossary is easy to use and covers almost everything we need. Also, the support is really fast and helpful”, she adds.

The best part? Users share the positive feeling: “The feedback we get is good, of it being user-friendly.”