Software Piracy: Actions To Take Once Discovering your Software and Content Was Illegally Copied

Find out what happened when we discovered a company in India had illegally copied our software.

It was recently brought to our attention that a company in India might have been selling Magento extensions mysteriously similar to ours. Upon investigation, we found they had copied extension code and even marketing content.

Software piracy is a crime. Since digital products are relatively easy to download, protecting your digital assets while selling digital downloads is fundamental. Constantly tracking companies trying to resell your software and taking immediate action once copy is confirmed ensures your business is protected.

We do run casual scans for the same product names related to our own products to make sure no one else is reselling them. We urge all software developers to do the same as unfortunately this is not the first time this happens!

This post intends to expose and explain the course of actions we have taken in order to find out who are the companies and people behind this act, make sure all relevant files are taken off the web and also help other product developers to take the right measures which are needed to protect their assets.

What We Found Out and How

Once we received a tip from one of our customers, we started investigating the company, Escorpien, immediately. We carefully checked their website and product pages for repeated signs of copy. It was important to give them the benefit of the doubt, since a single instance can be attributed to coincidence. But if the evidence piles up, there’s a serious problem.

Basing Our Case: Proof of Stealing

The eScorpien website listed seven extensions, six of which we sell with identical or similar names: 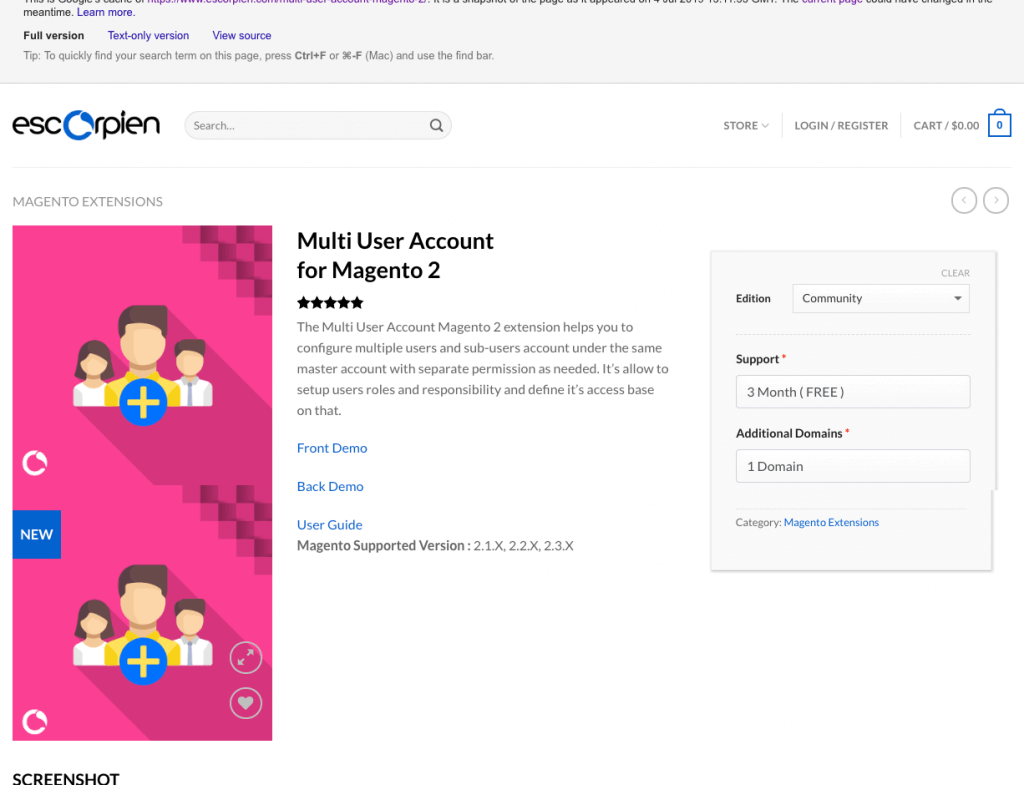 We preferred to be cautious with any serious allegation, but in the end we found undeniable proof of copy. This includes:

You can find samples of this evidence at the end of this article.

Finding Out The Companies Behind This (Using Google)

We started by performing simple Google searches to find out more about the company.

Their website is now offline (see why in the next paragraph), but cached versions of most of their pages remain. We have prints for all allegations made in this post. 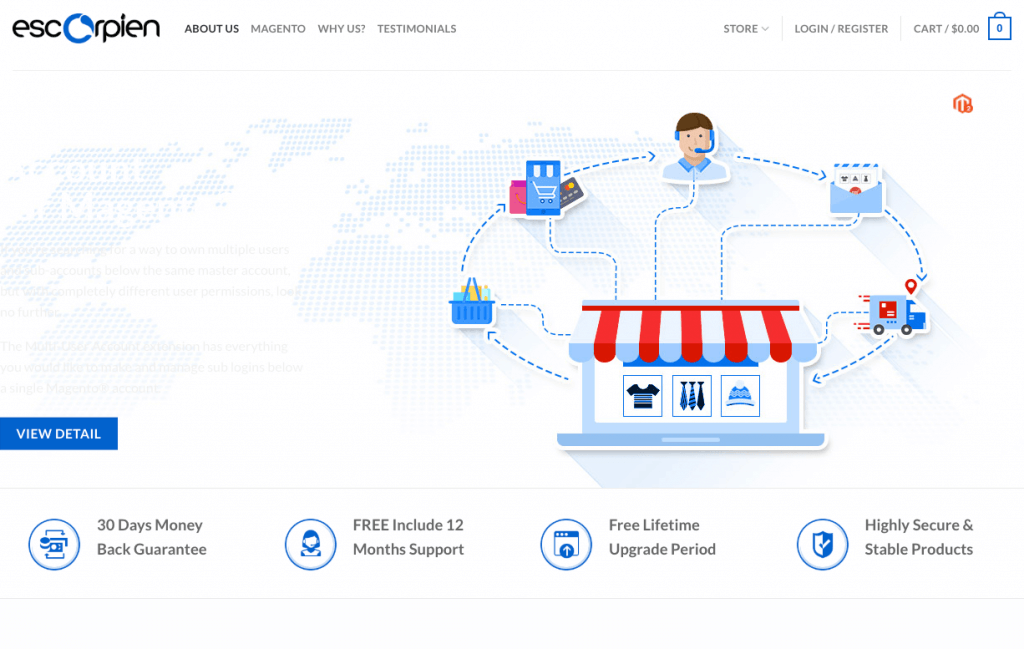 Their company page does not list any employee. In their About Us page, the company states “eScorpien formed from the parent company of Atharva System in 2017”.

Atharva System is a company located in Ahmedabad, India, apparently formed in 2011. Both Escorpien and Atharva display the same telephone number: +91 79 4898 8801.

We reached out to Natvar and he claimed he was not aware of the situation. The Escorpien website was magically taken down 5 minutes after the conversation with him! 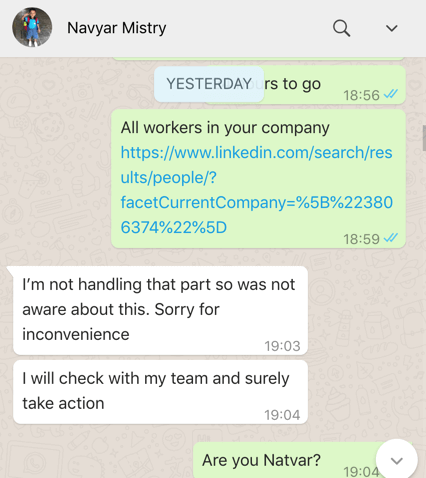 Chat between David, CEO of CreativeMinds, and Natvar, CEO of Atharva System 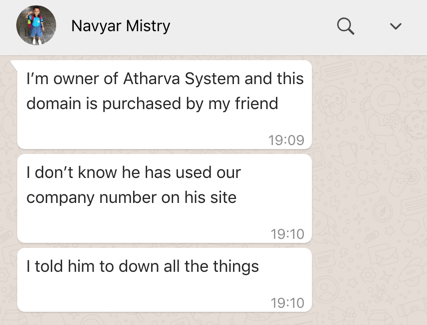 Chat between David, CEO of CreativeMinds, and Natvar, CEO of Atharva System – Part 2

More about the Connection Between the Two Companies : Atharva Systems and Escorpien

Here is one of the examples taken from (page no longer exists) which states “Based in Ahmedabad, India, eScorpien formed from the parent company of Atharva System in 2017 where we held the top sales in India for Odoo products.” 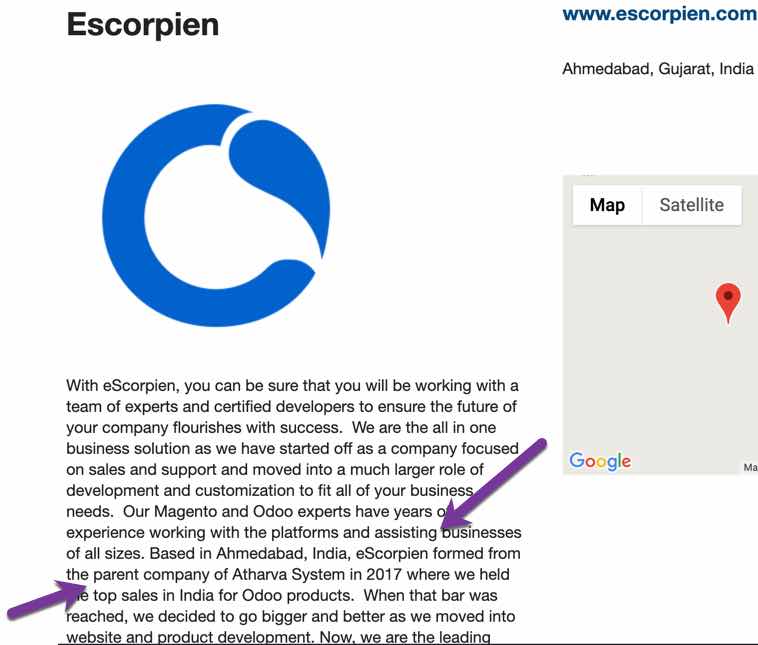 Connection between eScorpien and Atharva System

Atharva Systems and Escorpien use the same Phone

Searching the Google while a cached version of Escorpien site was still online showed the connection between the two companies.

Finding out who is the Domain Registrant

Using Whois.net you can simply find out who the domain registrant and the owner of the domain.

Searching whois.net for the domain owner

As seen in the screenshot above, the domain holder is hidden but we have contacted Google which is the registrant in this, case using the email registrar-abuse@google.com and reported this case while showing them the detailed evidence.

We have contacted the hosting company which hosts the website www.escorpien.com using a tool called Who is Hosting This

Locating the hosting company of the software pirates

We then reached out to this hosting company www.blazenet.biz and asked them to remove the site from their servers.

Hosting this content on their servers will make them liable, so letting them know is the best course of action. With major hosting companies you might find a ready-made DMCA complaint form (DMCA stands for the Digital Millennium Copyright Act. Learn more in WikiPedia) that you can submit. In some cases, like this one, you need to personally contact the responsible managers in the company and ask them to take care of the removal.

Google handle copyrights violation requests using a dashboard available in here https://www.google.com/webmasters/tools/dmca-dashboard, as neatly explained by WebNots. We have filled a complaint showing the original material and the copied material.

Google has another tool, https://www.google.com/webmasters/tools/removals, which lets you request to remove content from their search results if it is “outdated”. In this case, since www.escorpien.com is already down, we can use this tool and ask Google to remove the site pages completely.

We have first searched Google using the command “site:www.escorpien.com” to pinpoint all indexed pages found on Google and then used this tool to request the remove of all of them by listing each the URL.

Google quick response removed this content from their search results

We have reached out to several social sites which are hosting information about www.escorpien.com, such as CrunchBase, Quora and other. We have sent them the above material describing Escorpien’s actions.

Below is an example of a text, written by an Escorpien personnel identified as the CEO, which lists extensions taken from our site and then posted on Quora.com site to gain traffic to their site. We have reported this to Quote again using their DMCA complaint form. 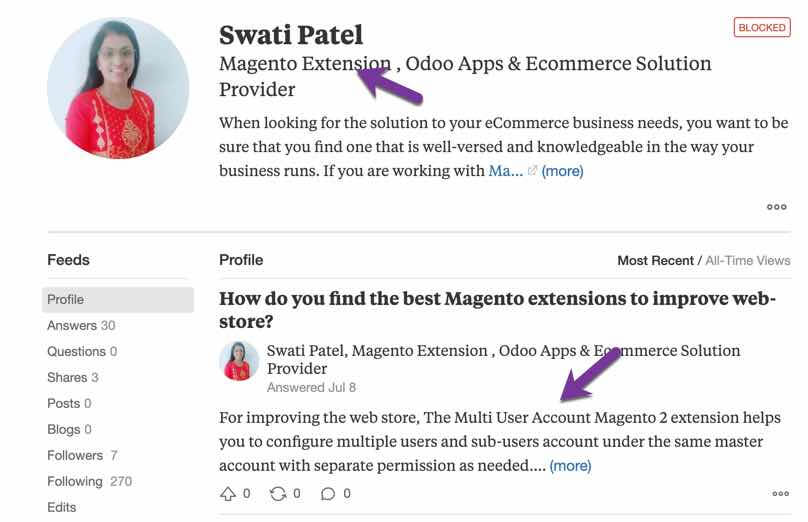 Swati Patel, identified as Escorpien CEO, which opened a profile on Quora to promote software

We have used Pingdom to continually track and monitor the stolen software site Escorpien by tracking specific pages and also the whole website. This way we could act quickly once this site is up 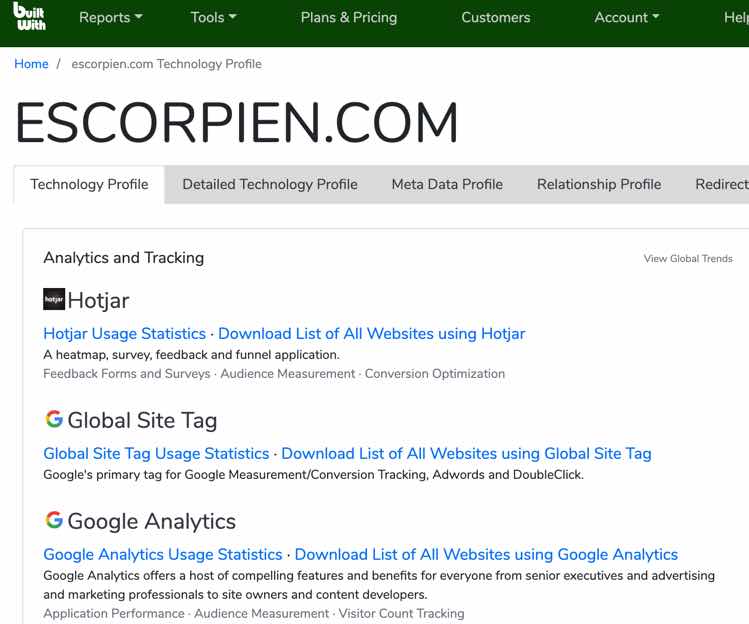 We have searched for the related Police authorities in the nearby location of Escorpien address and filled a complaint including all related material.

Copyrights Issues: What we have included in our website

CreativeMinds retains ownership of every product sold on cminds.com, as clearly stated in our Terms of Service:
“You acknowledge and agree that we and our licensors retain ownership of all intellectual property rights of any kind related to the Service, including applicable copyrights, trademarks and other proprietary rights. Other product and companies that are mentioned on the Service may be trademarks of their respective owners. We reserve all rights that are not expressly granted to you under this Agreement.” 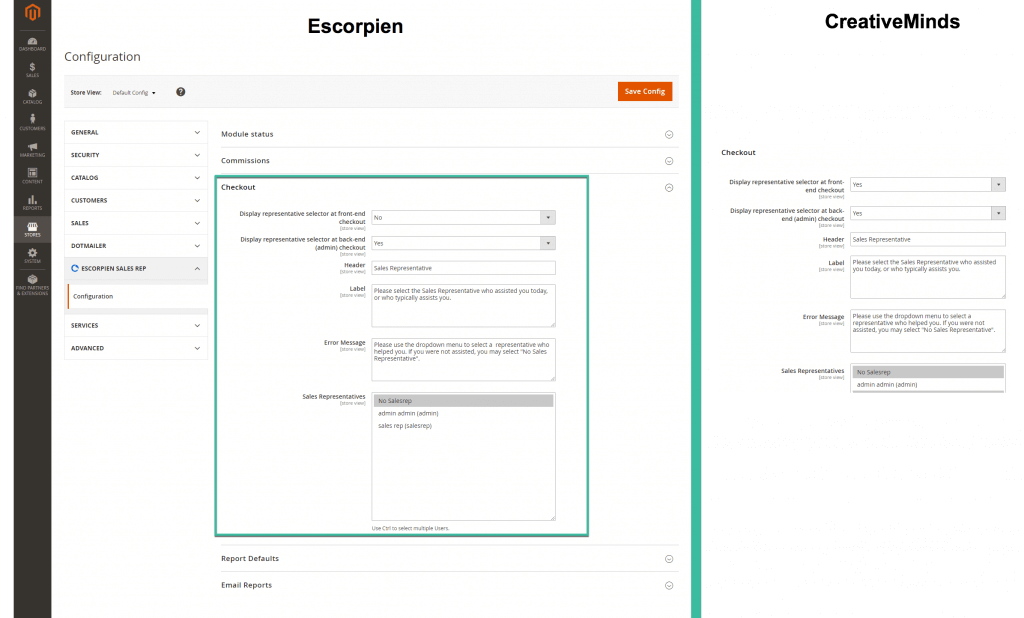